Objective
Encourage gamers to vote for their favourite game of 2010 from a list of ten shortlisted titled—and buy any games on the shortlist they haven’t already played.

Background
Each year BAFTA holds the British Academy Video Game Awards to celebrate the best games of the year. Only one award given out at the ceremony is decided by a public vote: The Game Award. As BAFTA’s event partner, Game was responsible for organising voting for the Game Award 2010.

The work
Working closely with Game’s lead designer, I produced bespoke copy, including headlines and body text, for the Game Award 2010 voting website. 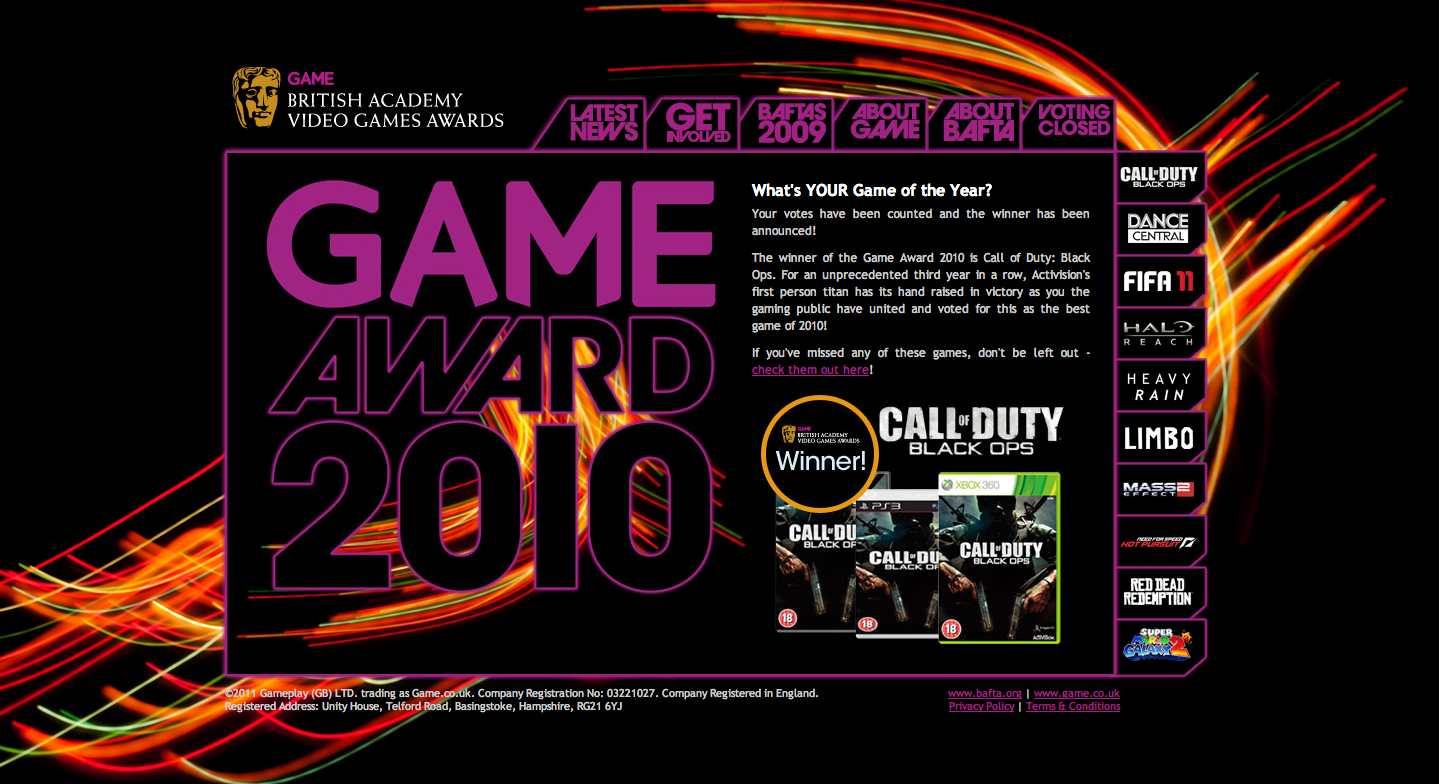 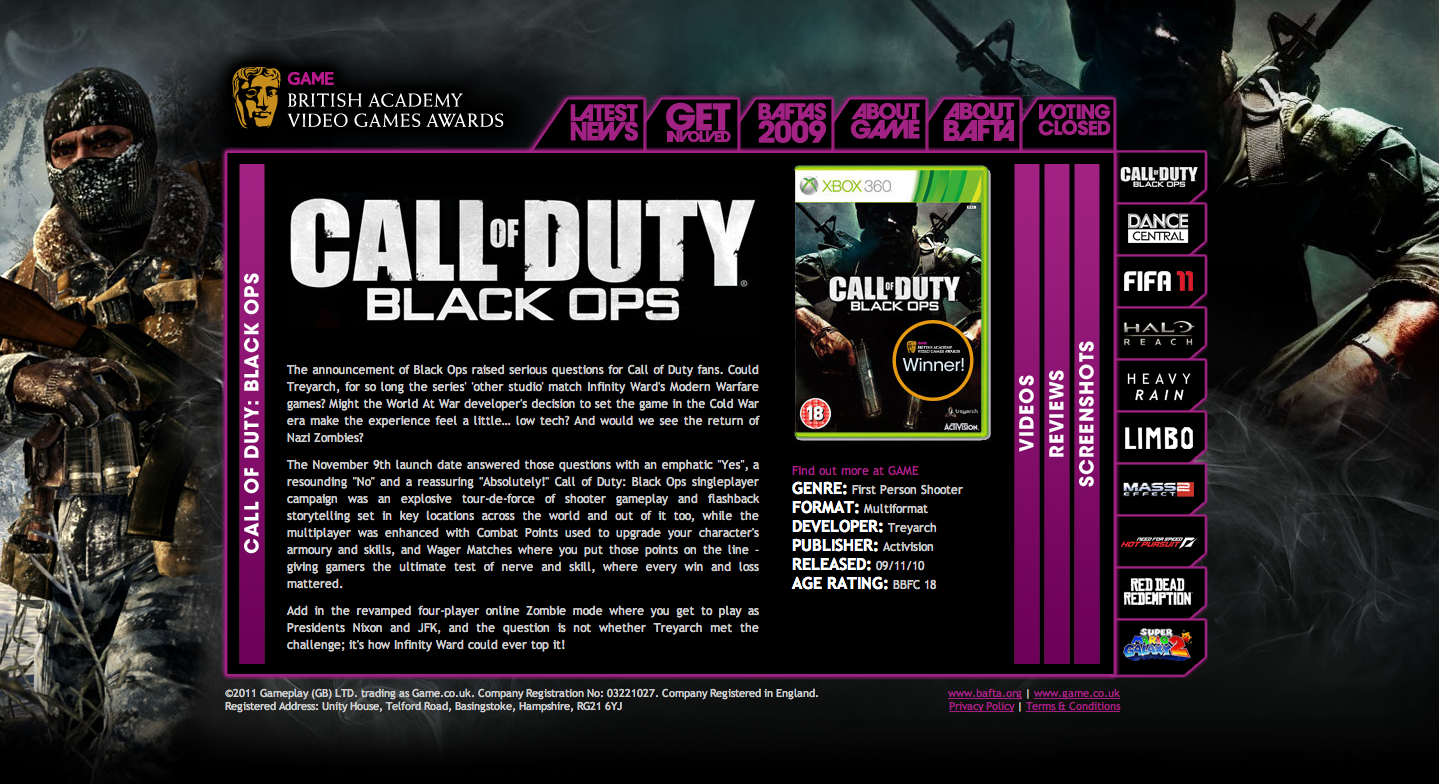 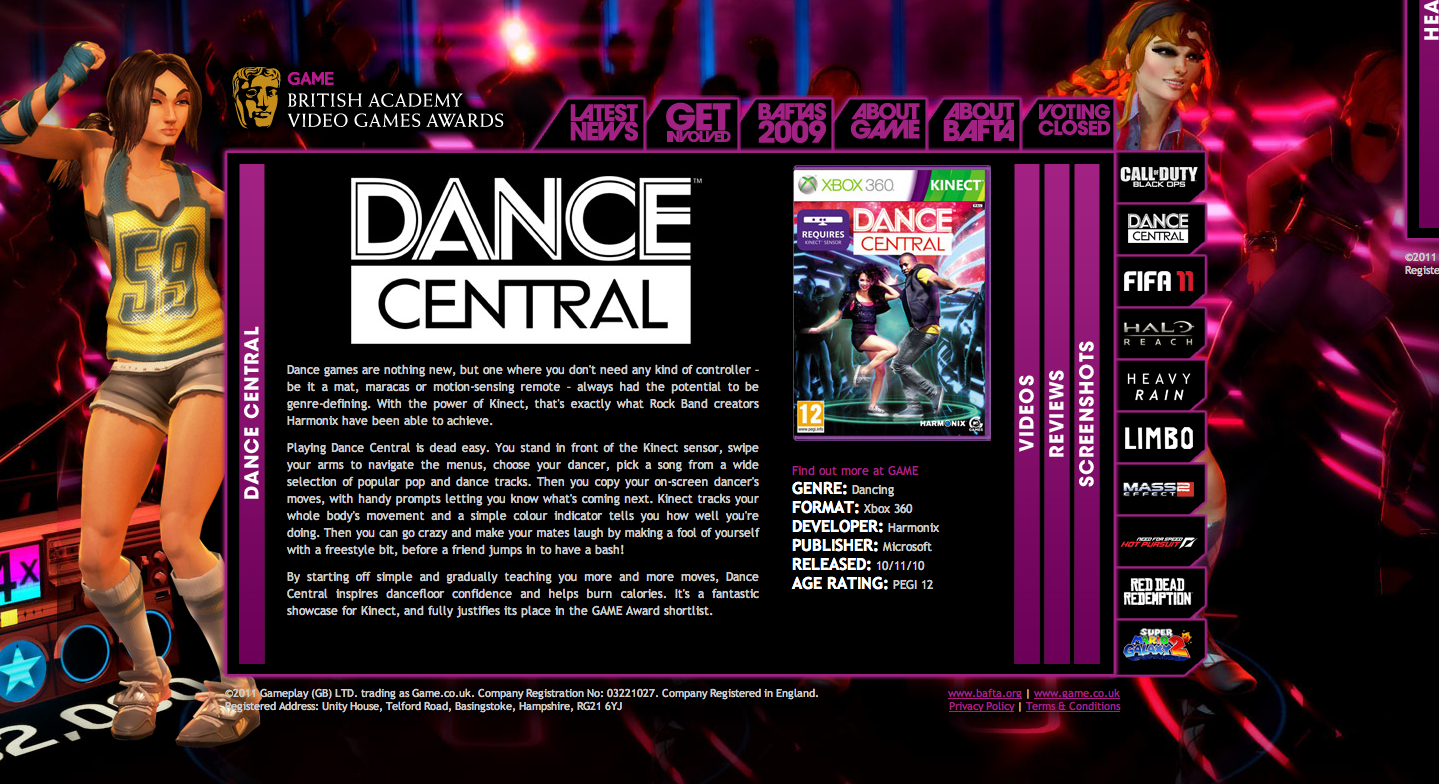 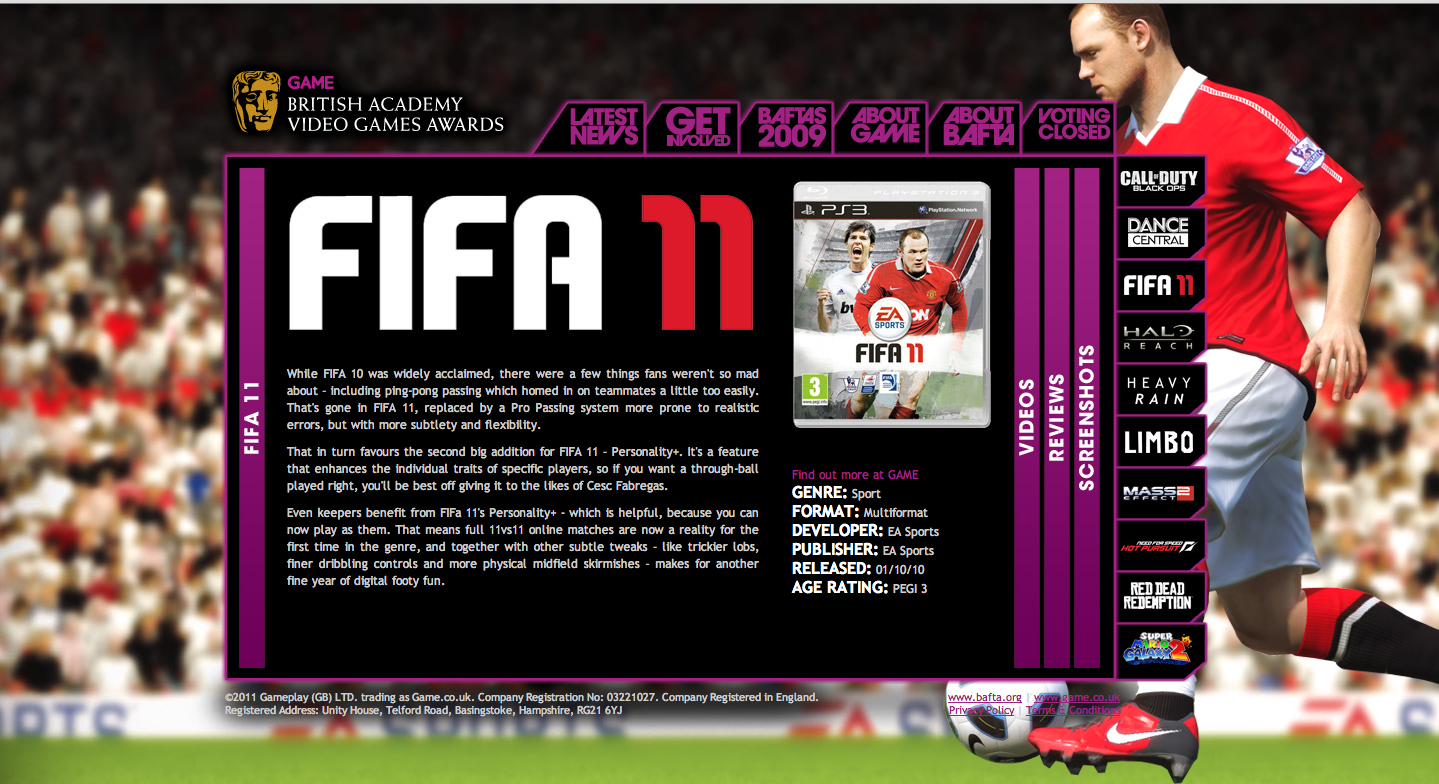 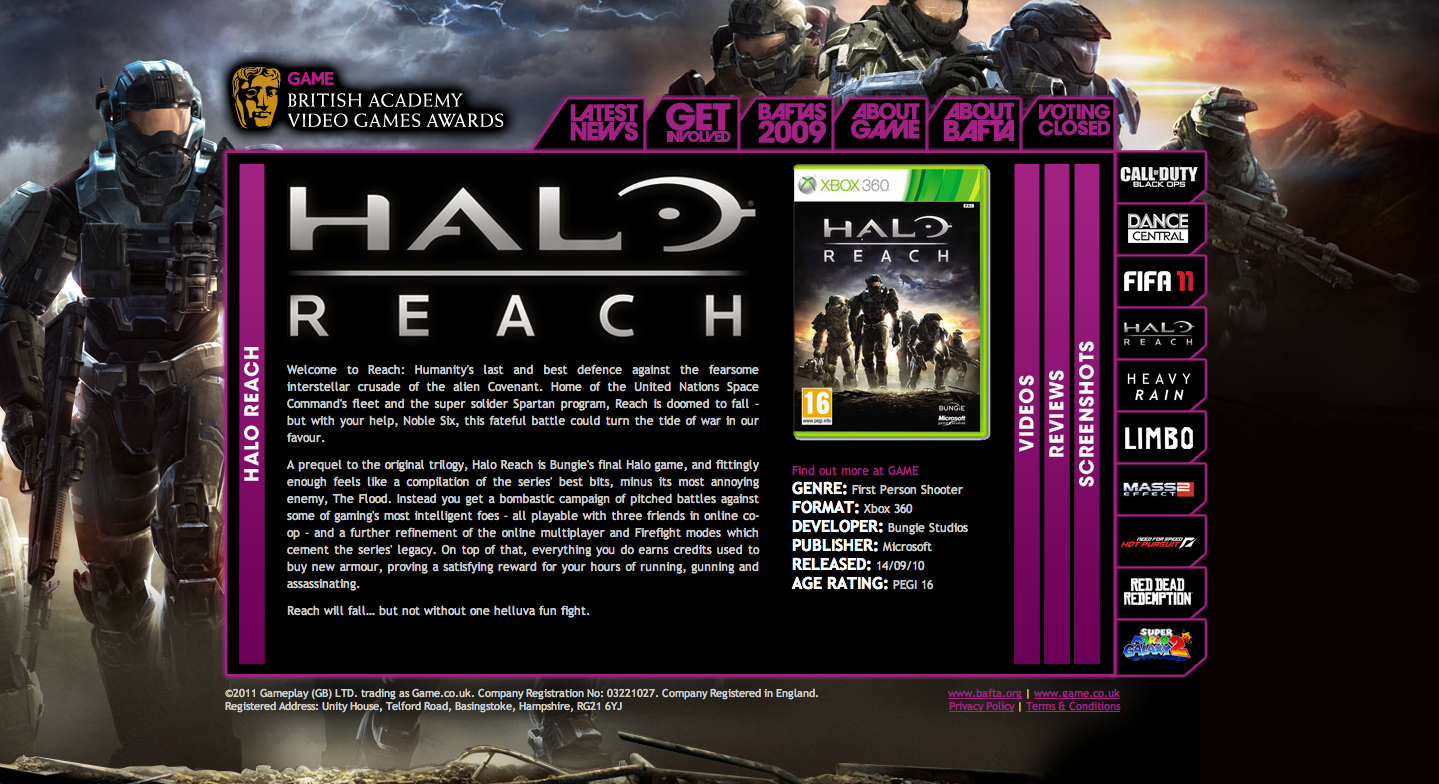 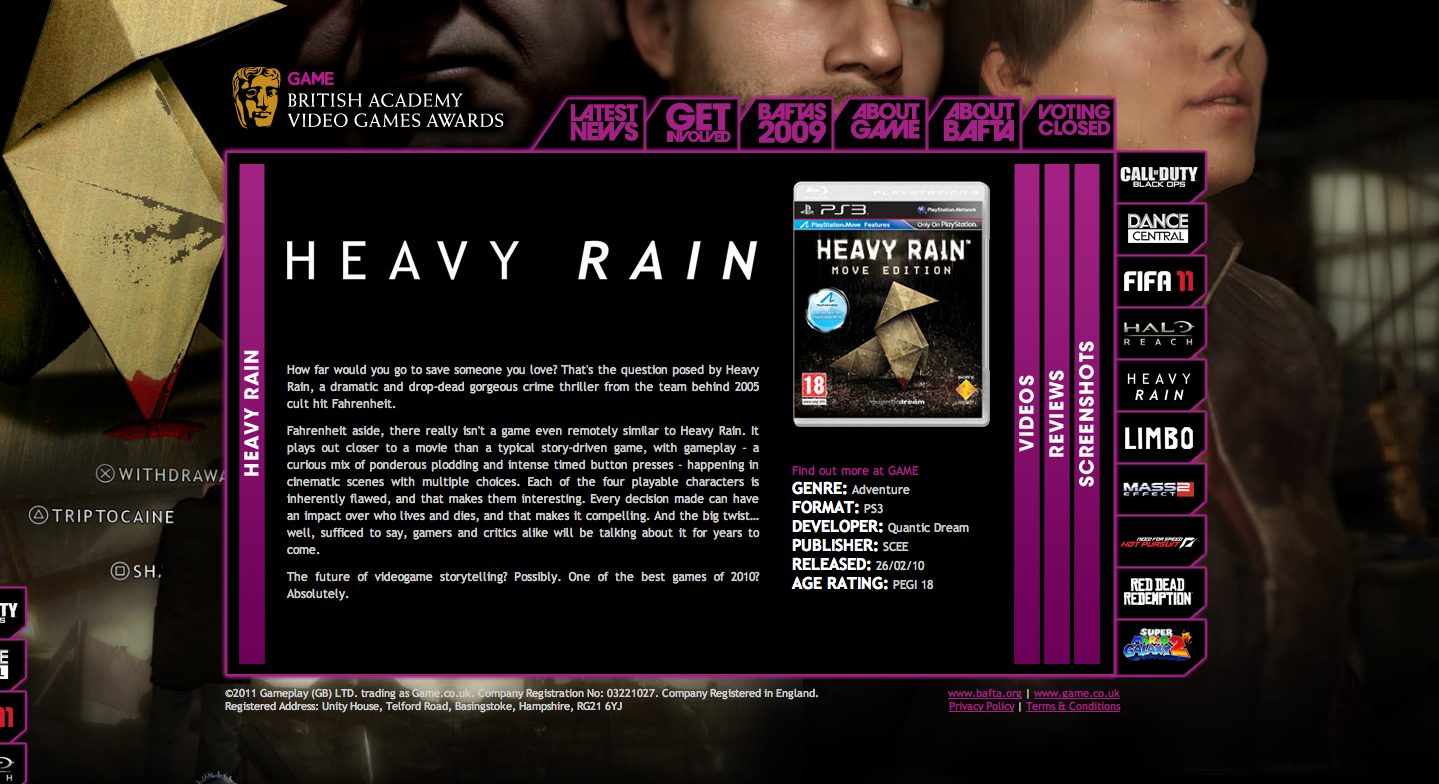 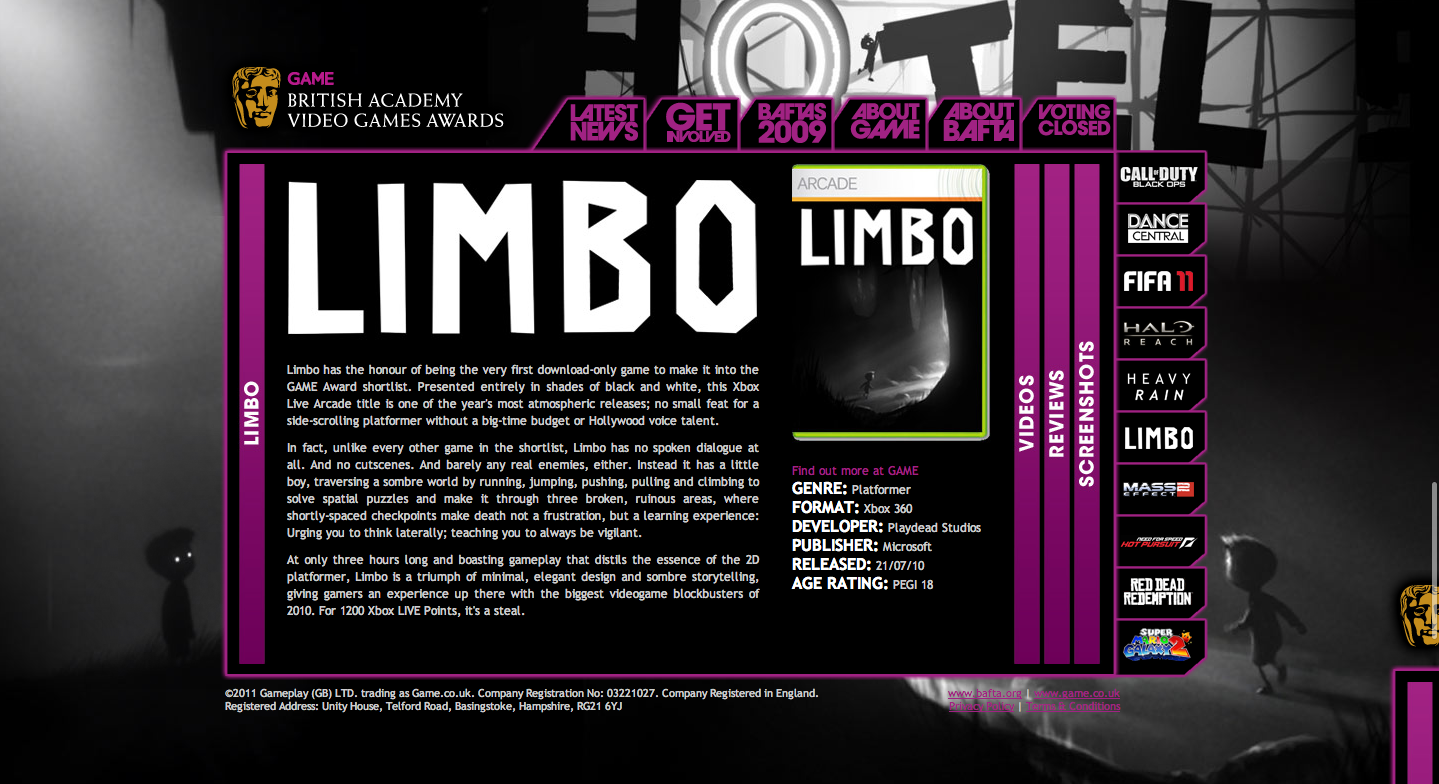 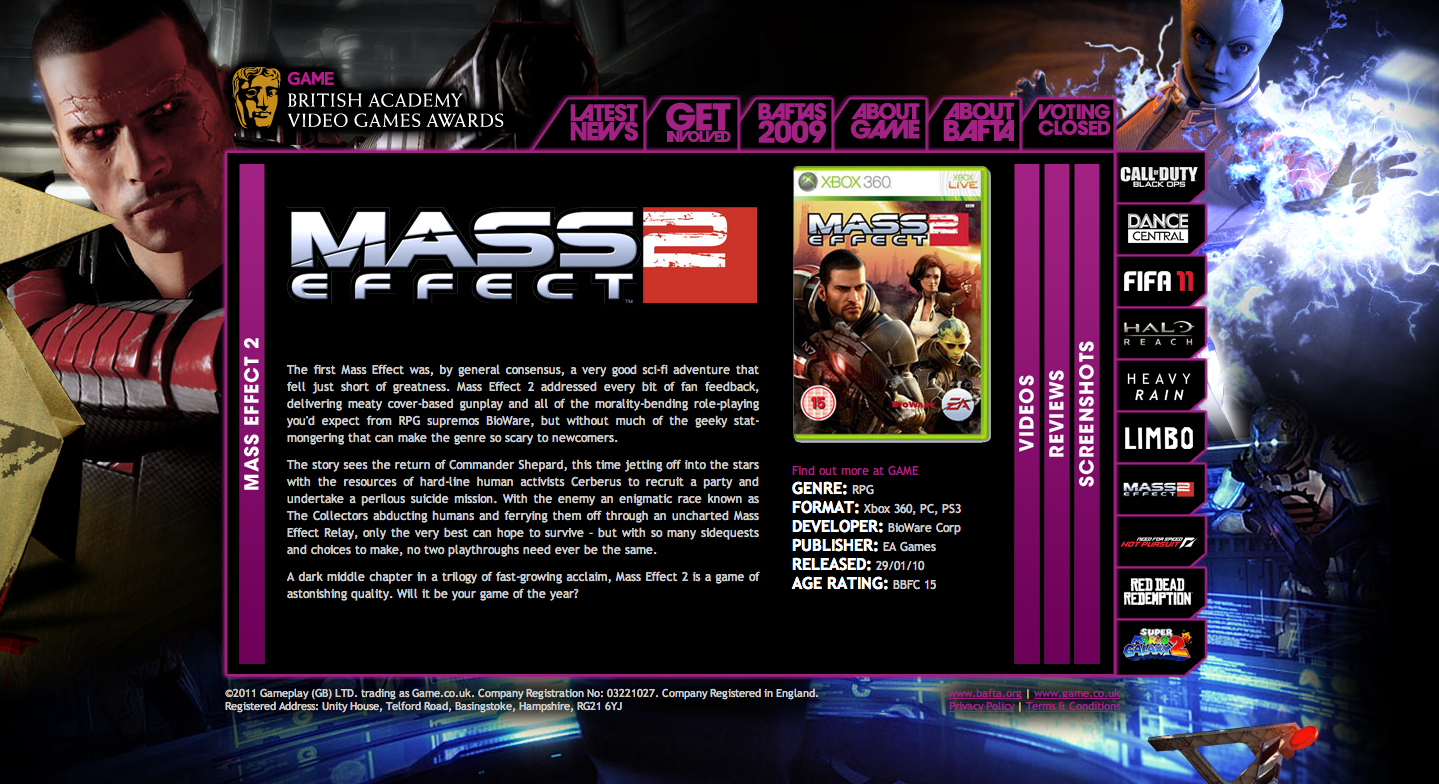 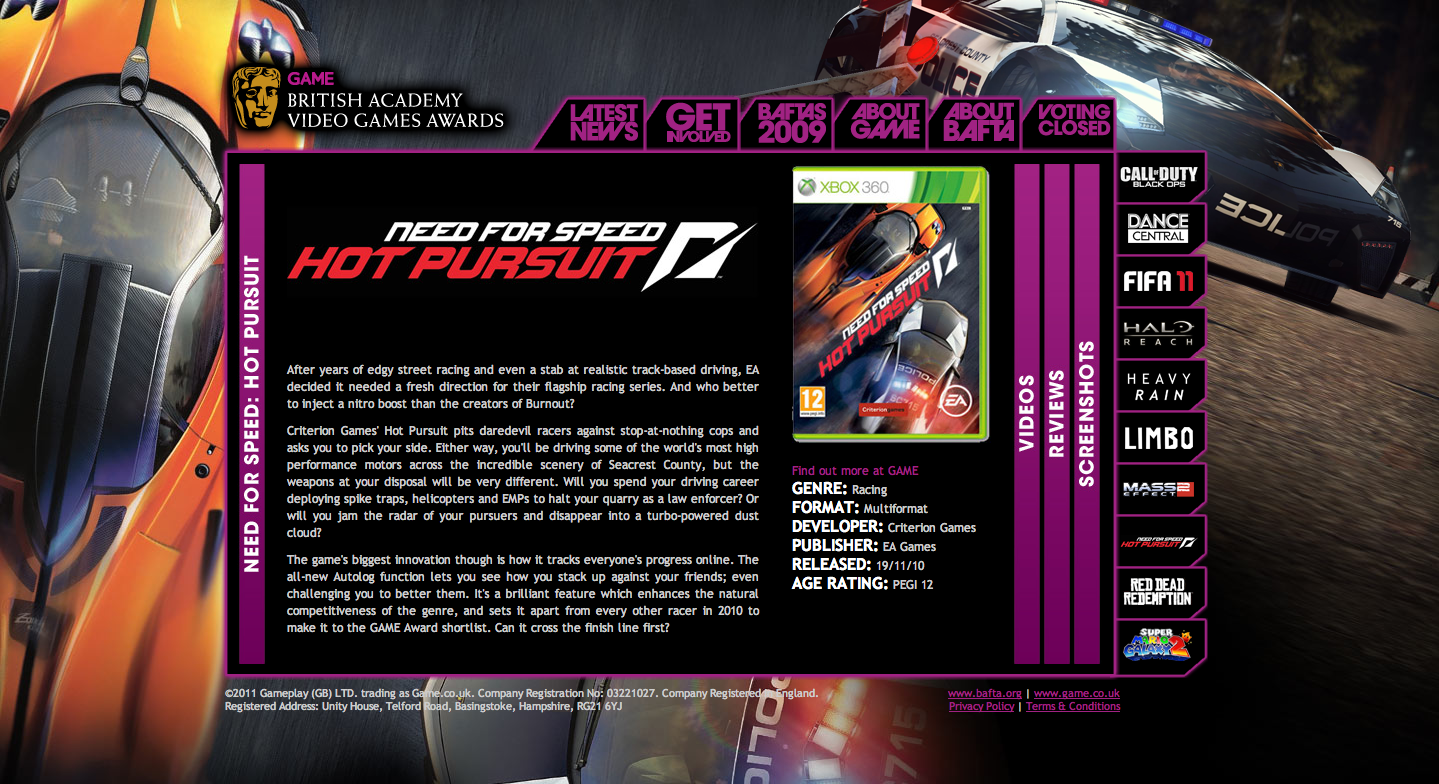 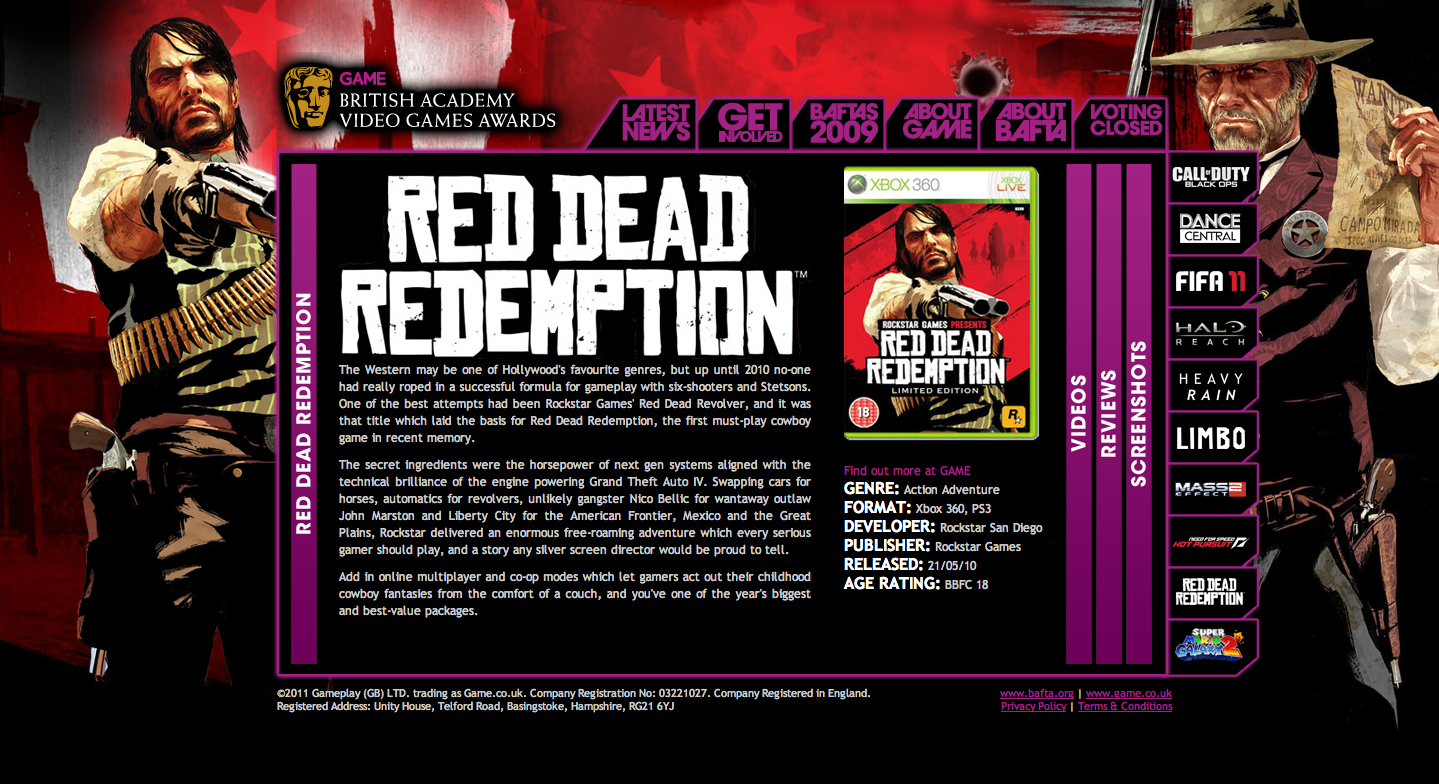 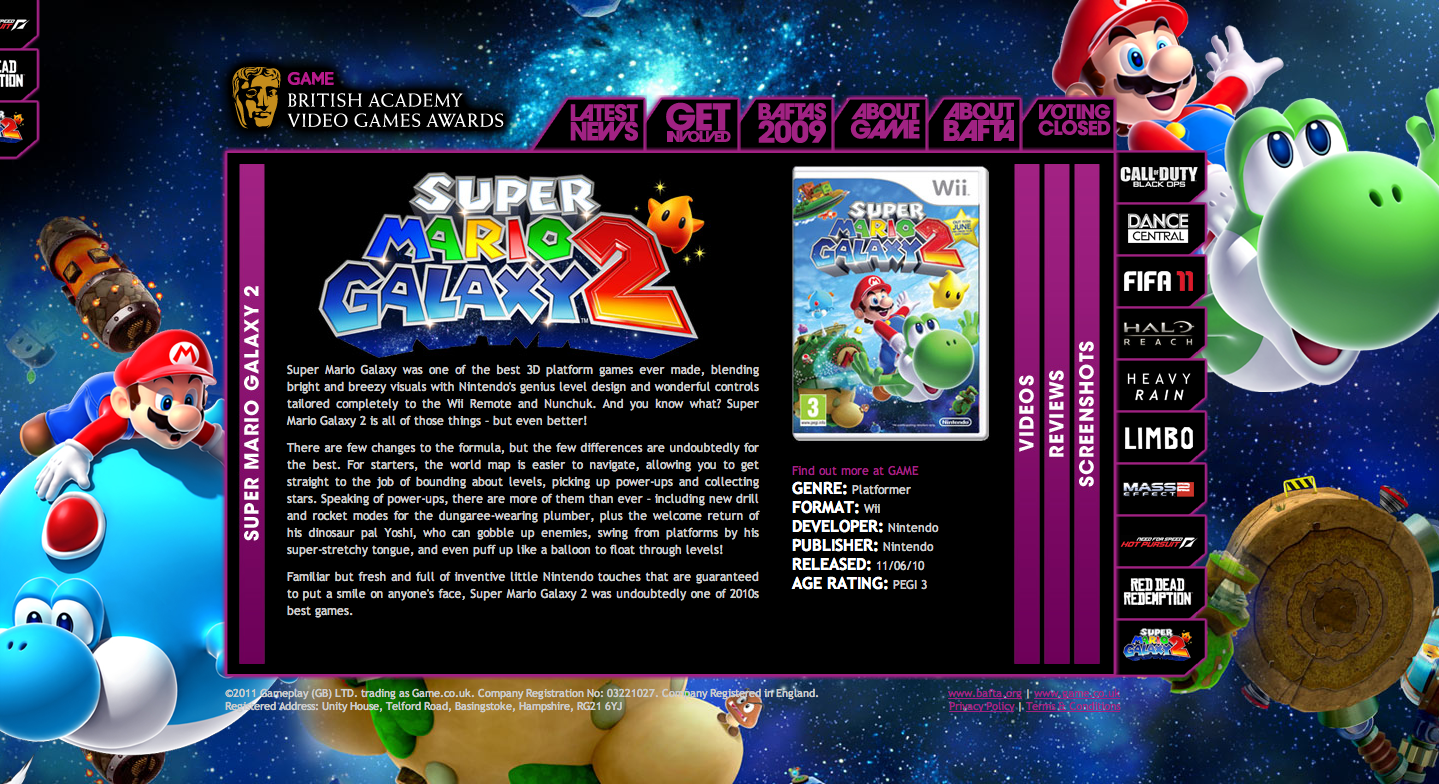