Objective
Promote the RNLI’s involvement in the PayPal Turkey Dash. Encourage followers to support the RNLI in the campaign by donating.

Background
In winter 2017 PayPal launched a campaign designed to raise funds for eight different partaking charities. Aardman animation, of Wallace & Gromit/Chicken Run fame, would design eight themed animated turkeys (one themed around each charity) and the charities would encourage their supporters to donate (via PayPal) in order to help that turkey ‘train’ for a final race. The winning charity would be the one who raised the most money – and therefore, whose turkey ‘trained’ the hardest. RNLI was one of those charities. That race took place mid December 2017, in the ad break on Channel 4.

The work
I wrote a series of Tweets and Facebook posts which were posted by the RNLI’s Facebook and Twitter accounts. You can see some of them below.

The result
We won! My posts contributed towards the RNLI turkey, Captain McStuffing, crossing the line first in the first ever PayPal #TurkeyDash. Good times. 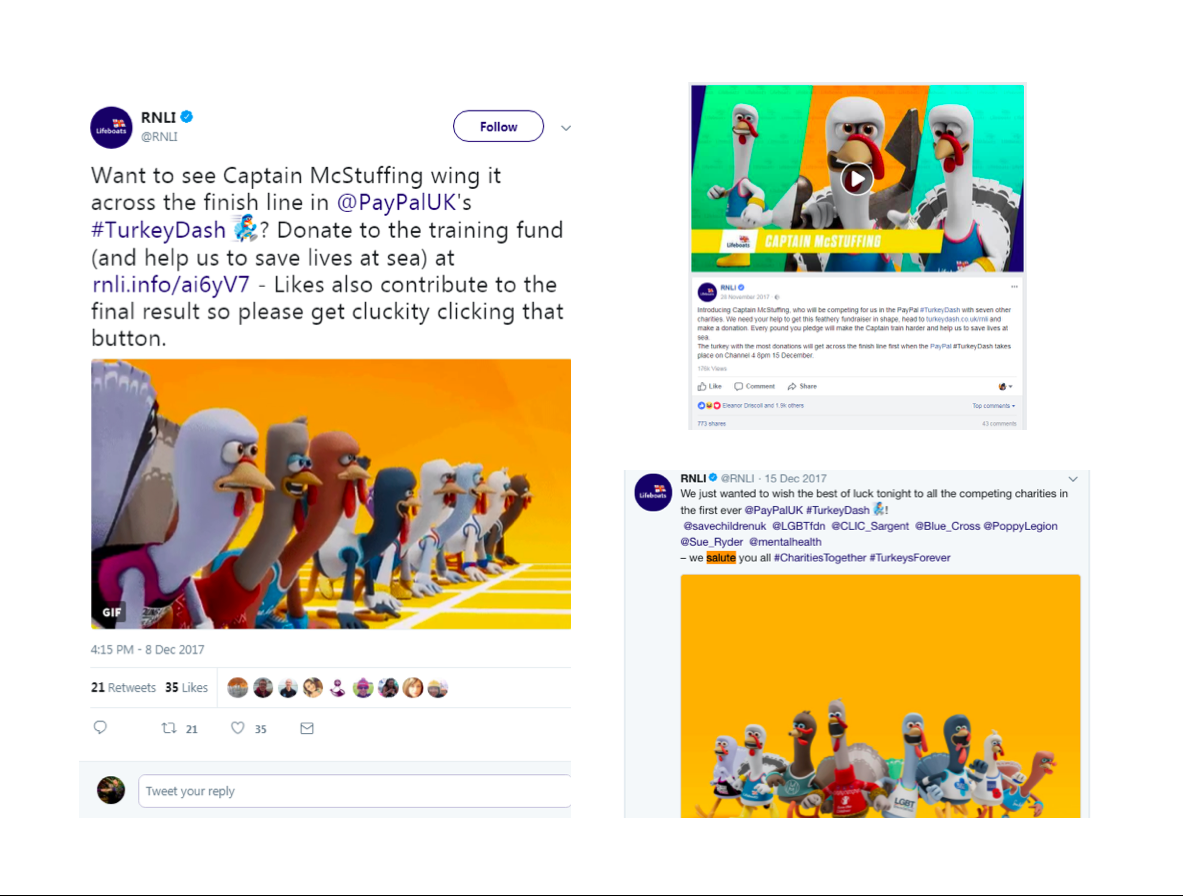