Objective
Promote Game Reward Card points as a major benefit of buying points cards for Sony, Nintendo and Microsoft’s online stores (as opposed to purchasing directly from those channels).

Background
By 2010, the rise of online stores on home consoles meant Game was promoting systems that could hurt its own business. Game monetised these channels by selling points cards. In turn, Sony, Microsoft and Nintendo received promotion for their digital stores via Game’s stores and website. Win-win.

The work
I wrote copy that explained the benefits of the Game Reward Card and console online services, and drew a tangible link between the two for customers.

The result
This copy was used in a microsite and merchandised for several weeks on the Game website. 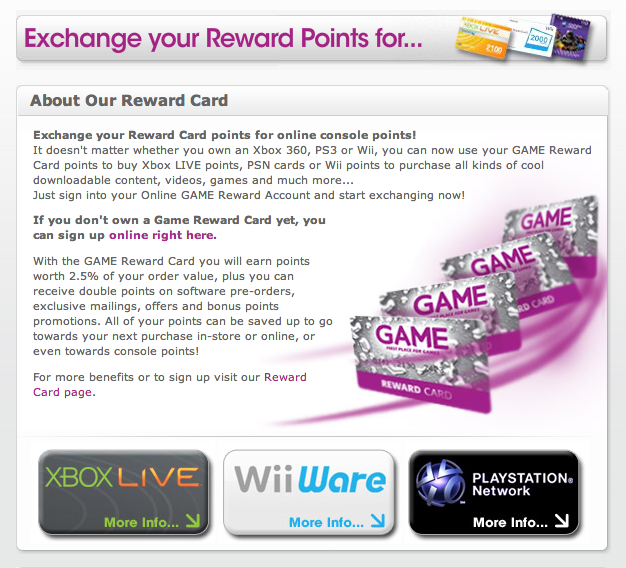 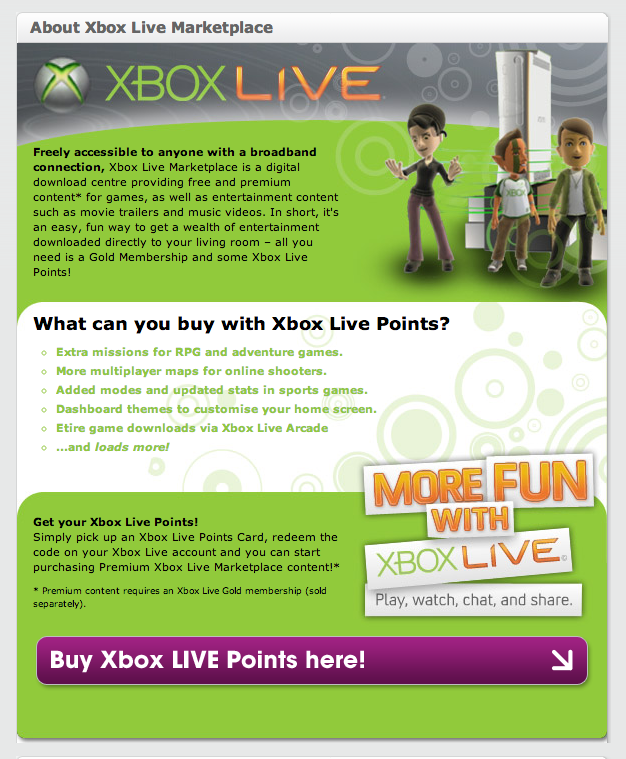 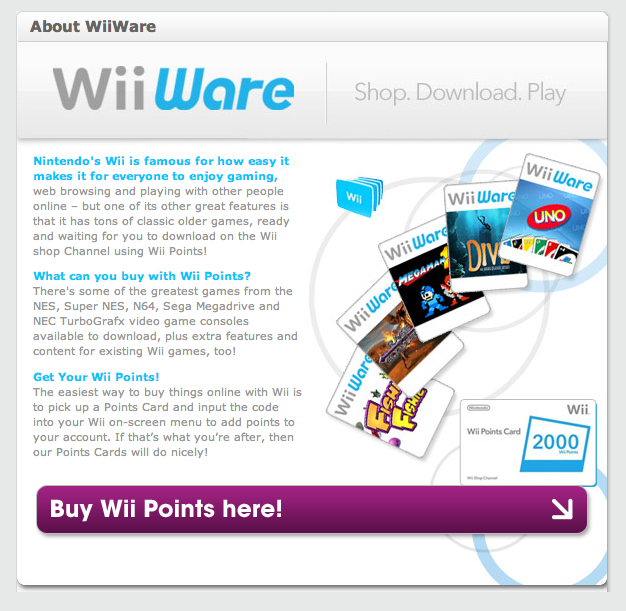 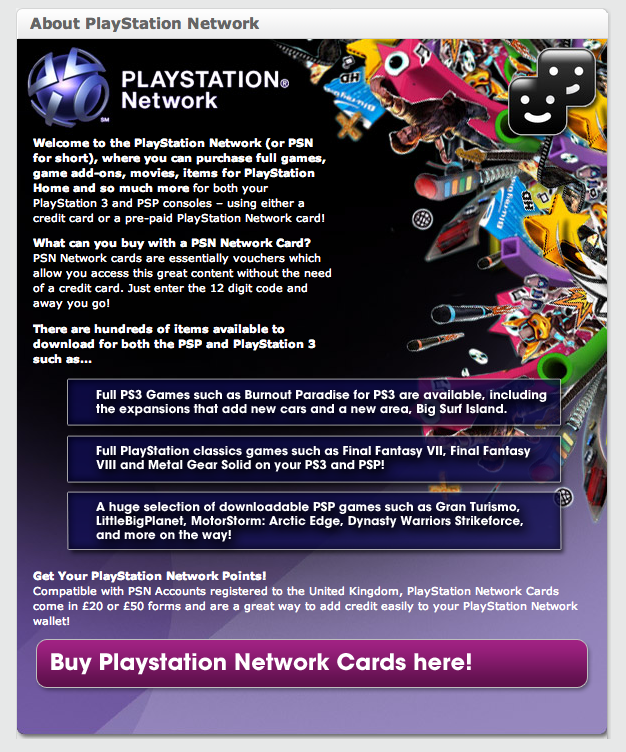