Objective
Entertain and enthuse RNLI supporters who get Offshore magazine (an active-retired audience segment) with a behind-the-scenes look at the new RNLI crew kit from Helly Hansen.

Background
By the time 2018 came round, the RNLI hadn’t changed the basic design of its crew kit for all-weather lifeboat personnel for almost 30 years. But when the current kit producer, Musto, told the charity it would no longer be able to manufacture  the kit, the RNLI took the opportunity to go big on the next generation of lifesaving gear. It invited members of brands from across the Personal Protective Equipment (PPE) industry to tender for the job; eventually entering into a partnership with Helly Hansen that would see the Norway-based brand not just design said kit, but also work with the charity in a marketing capacity moving forwards.

The work
I spoke to a great number of internal stakeholders at RNLI headquarters to give me enough information to write the feature. I also reached out to crew members who had tested the Helly Hansen gear, and used these interviews to create a narrative that would leave Offshore readers feeling like they had gotten an exclusive, behind-the-scenes look at the way the RNLI does its business. Having worked on the wording, I then talked to people within the business to source images, and with designers to make sure captions and images matched appropriately.

The result
My article ‘Gearing Up’ was published in the Summer 2018 edition of Offshore as the magazine’s lead feature. The Editor of Offshore said she was ‘Very happy indeed’ with the article. 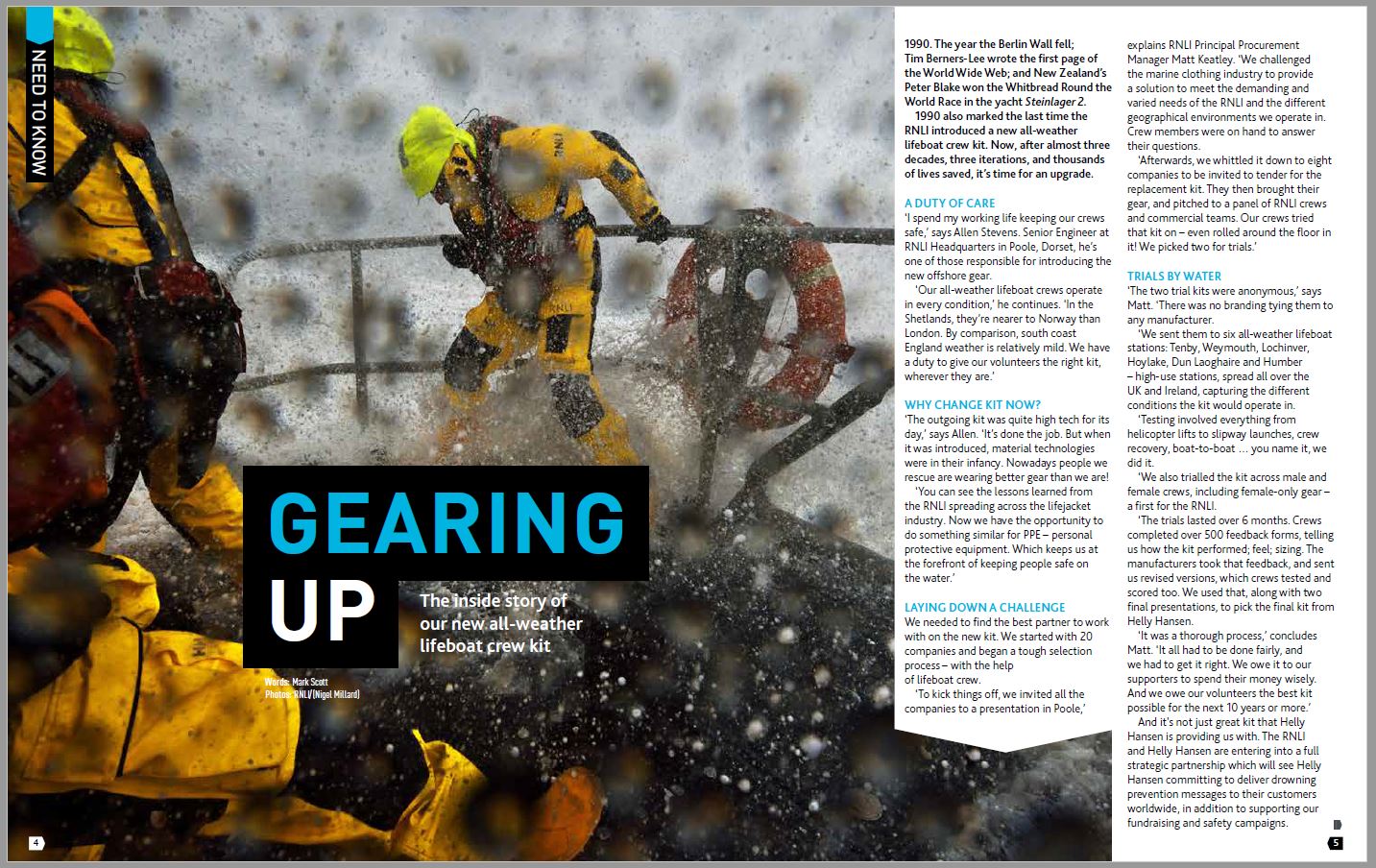 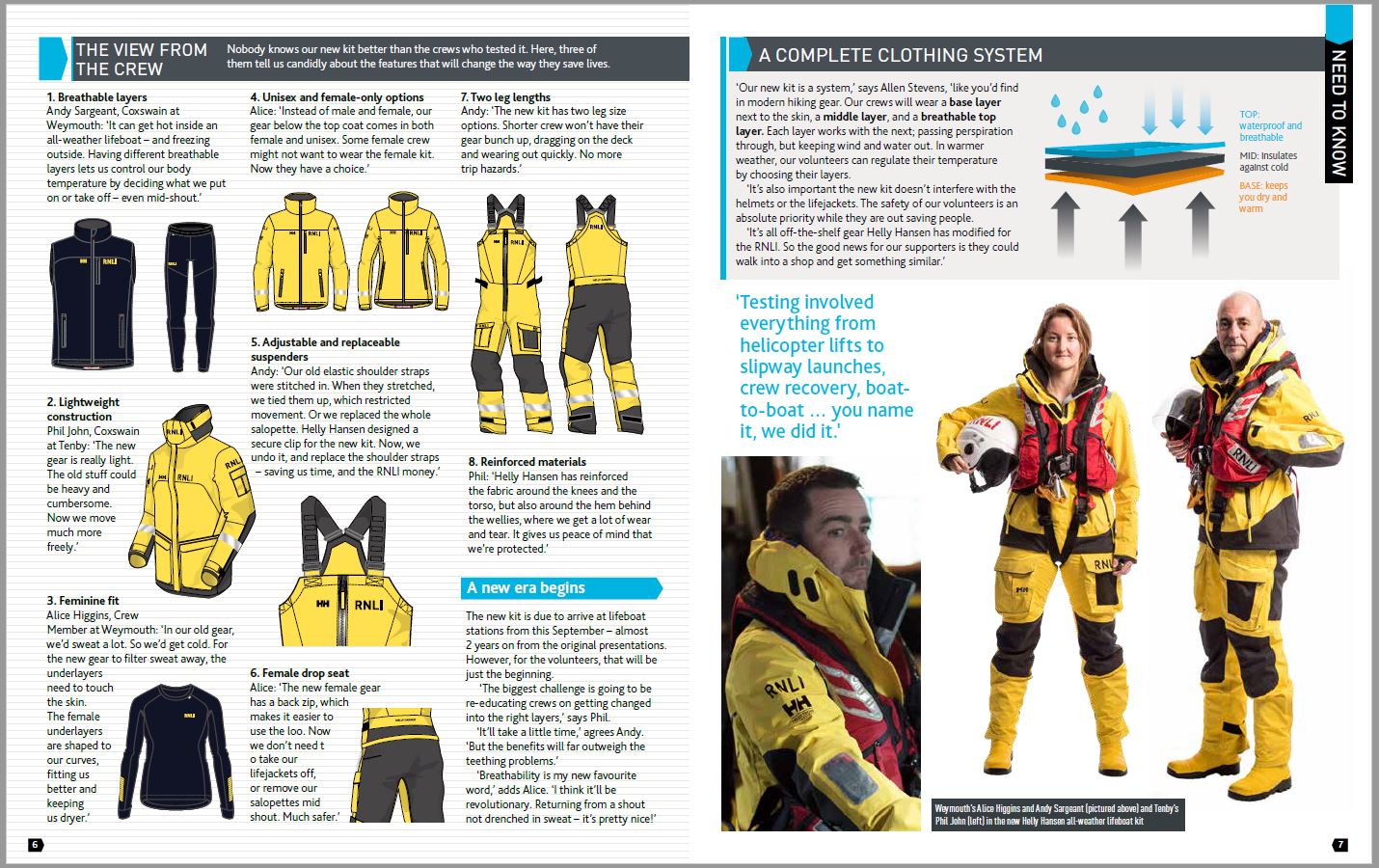